What is granite texture? 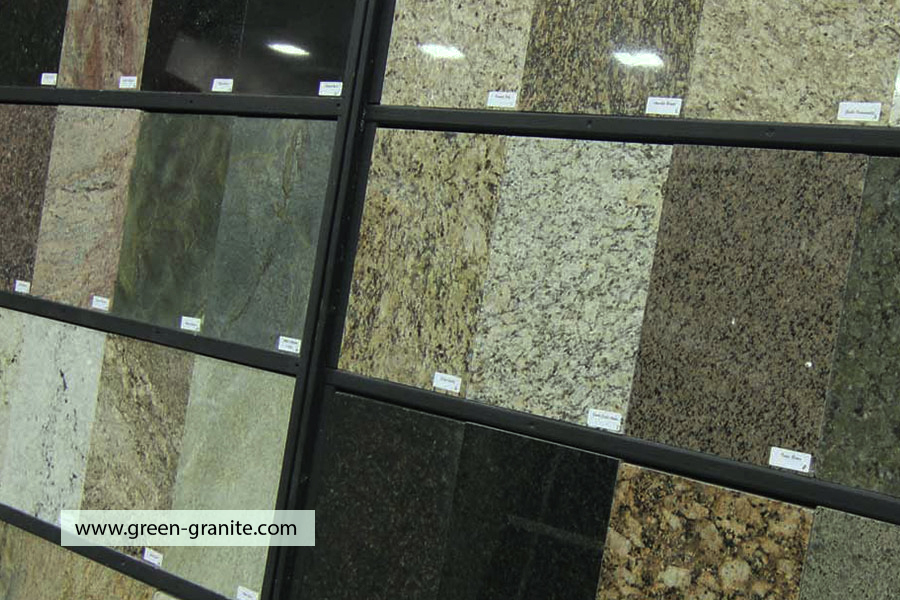 By granite texture, we mean the shape and size of crystals and their physical relationship to each other, which is studied under a microscope.

The granite texture of the crystal belongs to igneous rocks that have cooled slowly in the depths, and all the crystals have sufficient time to grow. In macrocrystalline tissue, the size of the crystals varies from a few tenths of a millimeter to a few centimeters. There is no glassy or non-crystalline part in this granite texture. Most of the minerals in this granite texture are automorphic and retain their crystallographic form in the rock, and some others that fill the boundary of the automorphic minerals are xenomorphic.

Granite is a light-colored igneous rock whose grains are so large that they can be seen with the naked eye (some stones are so fine that no grains can be seen with the naked eye). Granite is formed by the slow crystallization of molten material (magma) underground. Granite is mainly composed of quartz and feldspar and, to a much lesser extent, mica (talc), amphibole, and other minerals. This combination of minerals usually results in red, pink, gray, or white (white quartz white grains and pink grains feldspar), and dark minerals such as black talc (biotite) form the dark part of the rock that can be seen in all stones. Granite is the most well-known igneous rock. Many people know granite because it is the most common stone found on the ground and is used to make many objects in everyday life, including cabinets and counters, flooring, paving, tables, stairs, building facades, and tombstones. And memorial. Mainly if you live in the city, you will see different uses of granite around you. An essential part of the continental crust is composed of granite. In addition, it can be said that it is one of the most abundant internal igneous rocks, and about 95% of the inner igneous rocks and 70% of the total igneous rocks are from the surface of the earth.

It has more than 20% quartz, and its main minerals are quartz, alkali feldspar, and plagioclase. In the chemical composition of granites, silicon and aluminum are the main elements (about 85%). The remaining 15% include sodium, potassium, calcium, iron, magnesium, and titanium, which participate in the formation of its minerals in the form of various silicates. Based on the Shtrikizen classification, which is based on the mineralogical composition. The granite texture of the rocks is granular and is medium to large in size, and semi-shaped. Porphyry texture is sometimes seen in granites with the presence of large crystals of potassium feldspar. Quartz crystals sometimes grow worm-shaped between small spaces in plagioclase, called myrmekitic tissue. Sub-minerals such as apatite and sphene are very fine in the granite texture. Granites have a block, mass, and rubble structure. The most prominent granite texture is the granular granite texture, which is seen as fine-grained to coarse-grained. Granite also has an appliqué texture. Pegmatite texture is a type of texture in inner igneous rocks, mainly granites, in which the grains are large stones, such as Hamedan granites. Most granites are hard and thick and thus are among the most durable building materials. They are resistant to water penetration and impact and tolerate industrial environments well. The granite surface is burnt due to heat and the difference in coefficient of expansion and contraction between its different crystalline components. The combined use of polished and burnt granite in the building creates a mesmerizing beauty due to the contrast.

There are a large number of mines in Iran from which granite stones of different colors are extracted. Granite is fairly costly due to the high price of extraction, cutting the rock, and polishing, so it is primarily used in the facades of important buildings. This stone is additionally utilized for ground surface, asphalt, and street development. Granite is widely used in Iran due to its sufficient resources. We have a lot of these mines around this country. This stone is moderately costly because of the significant expense of extraction, cutting, and cleaning. Due to the radioactive properties of granite, it is not suitable for use in environments with x-ray and gamma rays and strong magnetic fields, strong chemicals. In laboratories, this stone emits radioactive waves and periodically and in the form of sinusoidal curves in a specific period of time. Each element emits radiation and causes specific infections and cancerous diseases. Non-absorbent granites are suitable for installation in the kitchen.

What is granite stone?

Granite rocks and their granite texture

As we have said previously, the surface of rocks is granular, and these grains are spread from medium to massive on the outside of stone and are generally semi-formed. (That is, they will show in a state of existing and fading). Coarse grains of potassium feldspar gems are found in rocks called porphyry surfaces.

Additionally, in specific stones, fine minerals like apatite and sphene are seen in tiny sizes. Obviously, another classification for the surface of rocks is called square, mass, and rubble. Additionally, perhaps the most widely recognized surfaces in stones are granular surfaces, which makes this sort of surface fine to huge grains. It can be found in pottery.

Granite and its types

In general, granite is observed and classified into three categories. Granite rocks, which formed about two million years ago, are known as the pre-geological period. These stones can not be used as decorative stones because they were created during the Earth’s orogeny.

Granites that are used for building work and are aesthetically valuable belong to the Mesozoic and Cenozoic periods in geology. Since granite stones differ in their appearance depending on the time and conditions, and place of their formation, the primary color that is considered for it is the color of its paste or, in other words, the color of most of its elements. Granite has many various applications, and we have different types of this stone. The price of these stones is different based on their type and beauty and, most notably, their durability. I really hope that this article was beneficial for you.